WHAT TO SEE ABRUZZO 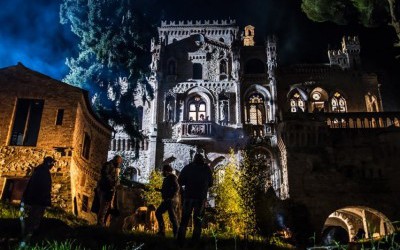 L’Aquila is the regional capital and the most important art city of Abruzzo. It is on the mountainside of the Gran Sasso, and it offer an invaluable cultural and artistic heritage, like the splendid church of San Bernardino, the impressive 16th Century castle, the Basilica di Santa Maria di Collemaggio to the famous “Fontana delle 99 Cannelle” a fountain with 99 spouts, each one embellished with a stone mask.

Despite the earthquake of April 6th, 2009 struck this city and all the region, damaging its priceless artistic treasures, L’Aquila, famous for “the Celestine Pardon,” still offers infinite cultural, artistic and religious trails.

The province of L’Acquila boasts endless remains of the interesting and long history of the region, from the famous Castle of Celano that hosts the Museum of Archaeology and Sacred Art to the remains of the ancient Roman city of Alba Fucens.

Pescara is an important seaside resort, with numerous long sandy beaches, but it is also the birthplace of the poet Gabriele D’Annunzio.

Chieti rise up on a hill not far from the coast, it is one of the most ancient cities of Italy as proved by the presence of prehistoric finds and vestiges of Greek and Roman civilization, as well as the amazing 11th-Century Cathedral and the National Archaeological Museum.

Teramo is another important town, that boasts an imposing Medieval Cathedral and the Roman remains of a theatre and amphitheatre.

The countless old villages in the region, thanks to local tradition and hand-craft, keep rural lifestyles alive today. Near a fascinating lake in the Sangro Valley, rise up one of those picturesque towns: Scanno, with its narrow streets, Baroque gateways and lovely old buildings. Sulmona, the home-town of the Latin poet Ovidio, offers, just like Scanno, history, traditions and artistic treasures, including the Hermitage of Pope Celestine V.