WHAT TO SEE EMILIA ROMAGNA 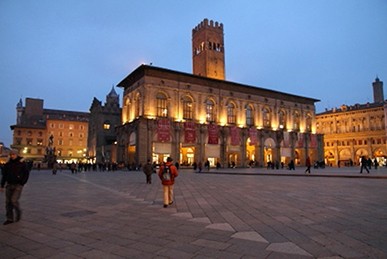 Emilia Romagna offers such a variety of aspects that art, history and architecture are just some of them. Bologna, the regional capital, is an important commercial city, but also a cultural city and college town, hosting the oldest Western university, founded in 1088. The Basilica di San Petronio, just like the city, shows it double nature, with its half marble and half raw façade.

A rewarding view of Bologna is offered to those who dare climbing the 498 steps of Torre degli Asinelli (twin with Garisenda tower).

The city of Ferrara is a wonderful example of preserved Renaissance splendor recognized as a UNESCO World Heritage Site. All the streets and buildings, in particular Castello Estense prove the 15th-century prosperity of the city.

Modena, then, boasts its Romanesque cathedral and the Ghirlandina Church Tower.

Also named the Emilia Romagna’s city of mosaics, Ravenna, with more than 8 Christian monuments included by UNESCO in the World Heritage List, boasts some of the most important byzantine works of art. Highlights include: the Basilica of Sant’Apollinare Nuovo, the Mausoleum of Theodosius and the Basilica of Sant’Apollinare in Classe (featuring some of those above-mentioned spectacular mosaics).

Faenza, in province of Ravenna, is a town rich in monuments and historical and cultural heritage, but it is internationally-acclaimed for its ancient ceramics industry, dating back to the 13th Century.

For the wheels lovers Maranello, in the province of Modena, is a must. The world-famous car manufactured was taken here from Modena in 1943. The Ferrari Museum offers the opportunity to see the most prestigious cars produced, the race trophies and photos. Imola, in addition to its historic forts and piazzas, is the seat of the Enzo and Dino Ferrari Autodrome, continuous venue for bicycle and motorcycle events.