WHAT TO SEE VALLE D'AOSTA 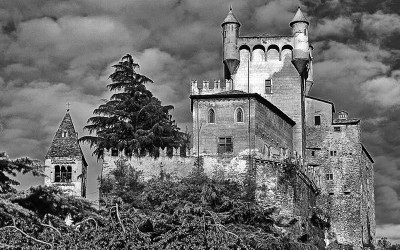 Ski slopes are an essential characteristic of Aosta Valley, like the ones of Cervinia, Courmayeur and Pila, where one can ski, trek, snowboard or ice-skate. But this area offers more than offers amazing natural attractions, also cultural and traditional treasures abound!

The Roman influence is proved by many remains, like first century BC bridge in Pont Saint Martin, at the border with Piedmont, that represents a symbolic entrance from the south to the Gressoney Valley.

The region is rich in defence buildings like primitive fortifications, military fortresses, residences and watchtowers. More than eighty defence buildings form an interesting route through the region’s feudal history. The austere castle of Fénis boasts a collection of the best Medieval defence techniques, while the interiors are refined and richly decorated. Other beautiful castles are the Castle of Issogne, Sarriod de la Tour, Sarre, Saint-Pierre, and Ussel, to name just a few.

This route takes to Aosta, the region capital, that is a mix of history, especially Roman and Medieval, and a many picturesque traditions.

The city offers some important signs of the Roman empire, like Arch of Augustus, the Praetorian Gate and the city walls, on which you can walk, taking long and pleasant strolls. The city centre is dotted with interesting archaeological excavations, like in the Cathedral of Santa Maria Assunta or in Piazza Chanoux. The monumental building of the Sant’Orso Collegiate Church dates back to the 11th Century.

Every year, in January, Aosta is filled with tourists for the fair of St. Orso. The streets, in this occasion, are decorated the oldest crafts of Aosta Valley, from sculpture to wood, wrought iron to hot stone, leather, wool fabrics and lace, and games and masks.