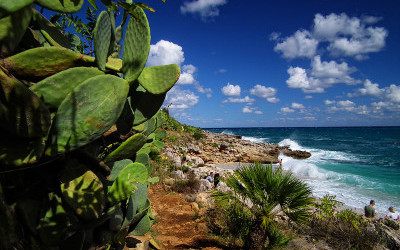 Sicily represents the southern part of Italy, and an ancient cosmopolitan region, between East and West.

It is the largest Island of Europe, surrounded by the Tyrrhenian, Mediterranean and Ionian Seas and separated from Italy by the Strait of Messina.

This gem can’t be explained, it must be discovered and experienced, travelling along its streets, seeing its colours, smelling its perfumes, listening to its people, tasting its flavours and living its traditions.

Nature has given this land a treasure: mountains, volcanoes, hills and one of the most splendid crystal-clear seas and an awe-inspiring seabed.

The Sicilian sea is sprinkled with many other isles, the main Archipelagos are the Aeolian, Egadi and Pelagie Isles, Pantelleria and Ustica, with wonderful scenarios and the scent and flavours of uncontaminated nature.

Without forgetting its imposing active volcanoes, symbols of the beauty and the power of nature of this enchanting land.

Trinacria, the ancient name of the region, can be discovered in its archaeological remains spread all over the island.