Home » Discover Italy » SICILIA » WHAT TO DO SICILIA

WHAT TO DO SICILIA 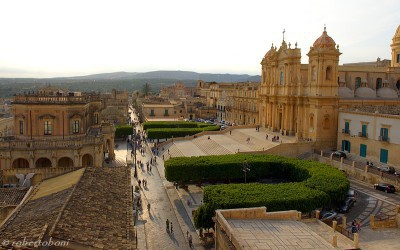 Being an island, this territory is closely related with the sea, that highly influenced its history and culture. One can enjoy this element in endless ways: resting on a peaceful sand beach, diving to discover the amazing seabed, windsurfing or kite-surfing among the waves.

The power of sea and wind match together in sea resorts like San Vito lo Capo, Mondello, Cefalù, Marina di Ragusa, Taormina, the Aeolian Islands, Pantelleria, Lampedusa and Ustica, creating an ideal setting for water sports, to feel the thrill of “running” or even “flying” over the crystal-clear waters.

Recently this region as became an important destination for golf enthusiasts. The island hosts many new courses an the famous Sicily Open.

The country has always been considered an important thermal destination, considered a form of natural medicine since the Roman ages. Sicily, being rich in water and volcanoes, boasts a wide range of treatments for every kind of need. Thermal Spas and wellness centres offers the opportunity of regenerate beauty and mind. The most famous Spas are in Sciacca, with the famous “Stufe di San Calogero”, caves where the high concentration of steam reaches a temperature of about 40° C, or the Thermae of Acireale, where underground seawater mixes with sulphur water from Etna.

For cultural tourism’s enthusiasts, it is a source of history, art and culture, in an enchanting surrounding and a warm climate. This was the birthplace of many famous writers like Salvatore Quasimodo, Giovanni Verga, Luigi Pirandello, Leonardo Sciascia, and Tomasi di Lampedusa, whose novels (The Leopard or The House by the Medlar Tree) took place in this land. Today, everyone can follow the footprints of those writers, discover the places where they lived, to understand the social, political and historical conditions that became the setting of their novels.

There are places where it seems to be travelling back in time, especially in the Greek Temples of Selinunte and Syracuse, or in those of Agrigento and of Imera. Without forgetting the Greek-Roman theatre of Taormina and the cathedrals built by the Normans, like the Martorana, San Giovanni degli Eremiti and San Cataldo Churches.

Regarding customs and traditions, Acireale is an unforgettable experience, here one can see the Opera of Marionettes and the story of Orlando Furioso.

Several festival and cultural events enliven this island. Every year many shows and performances take place in the incredible scenery of Taormina’s Ancient Theatre, including the famous Cinema Festival, where the best films are awarded.

Carnival is certainly the most colourful and joyful period of the year. Sicily shows its warmth and joie de vivre also during this celebration. Acireale is considered the most beautiful Carnival in Sicily, with its original parade floats made of papier-mâché or flowers along the streets and their cheerful and colourful masks.

Another typical event, that takes place both in big cities and little villages is the festival dedicated to the Patron Saint. Faith, folklore and traditions mix into a display of Sicilians’ profound religious devotion. The Festival of Saint Rosalia in Palermo and the Festival of Saint Agatha in Catania are just a few of the many events that take place every year throughout the region.