WHAT TO SEE SICILIA 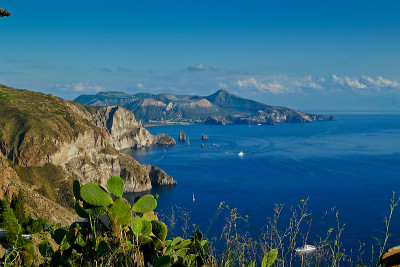 On the eastern coast of Sicily the greatest volcano of Europe, Etna, stands stately. It represents one of the most important destinations for those who want to discover the island. Its eruption command respect and astonishment; it has created an unbelievable lunar landscape over the centuries.

Nature enthusiasts can enjoy the protected areas of Etna’s natural parks. The splendid volcanic isle of Pantelleria and the parks of Mounts Madonie and Nebrodi, scattered with enchanting oases like “Pertusa di Notaro” (“Cold Cavity”), a cave famous for the fresh air that passes through it, and some old stone houses called dammusi.

Visiting this natural paradise it is possible to see some fantastic places like Valle del Bove (Valley of the Oxen) with up to 1,000 metres high walls; Grotta del Gelo (Ice Cave), that is the only perpetual glacier existing at these latitudes; and the Alcantara River Park (Gole dell’Alcantara) that is composed by a thick network of rocky channels of cold water.

The island of Sicily is surrounded by many charming isles, like Aeolian archipelago, a UNESCO World Heritage Site that must be mentioned. It comprises seven islands – Lipari, Vulcano, Stromboli, Salina, Filicudi, Alicudi and Panarea – and many little islet and rocks. Those isles where created by the volcanoes active in this area. This archipelago offers a deep blue sea in which plunge in, many caves scattered along the coasts, small beaches lapped by crystal-clear waters and the delicious local food and fish dishes.

The archaeological area of Agrigento is another UNESCO treasure and one of the most important sites of Magna Grecia. The famous Valley of the Temples will take you 2,500 years back, when the ancient city of Akagras Agrigentum was a powerful centre for commerce and culture. Those beautiful remains are surrounded by green olive groves, almond trees, citrus orchards and vineyards stretching out to the sea.

The isle of Ortigia, the oldest urban centre of Syracuse, hosts an evocative natural port and precious archaeological Greek remains at every corner.

In 2005 the Necropolis of Pantalica, in the province of Syracuse joined the long list of UNESCO sites in Sicily, with the late baroque city of Noto and Roman villa in Piazza Armerina.

“If someone should spend just one day in Sicily and ask: What should I visit? I would answer without hesitating… Taormina… This small village is only a landscape, yet a landscape where you can find everything to seduce your eyes, your spirit, your imagination.” This is how the French writer Guy de Maupassant described Taormina, catching the essence of this little town between Messina and Catania.